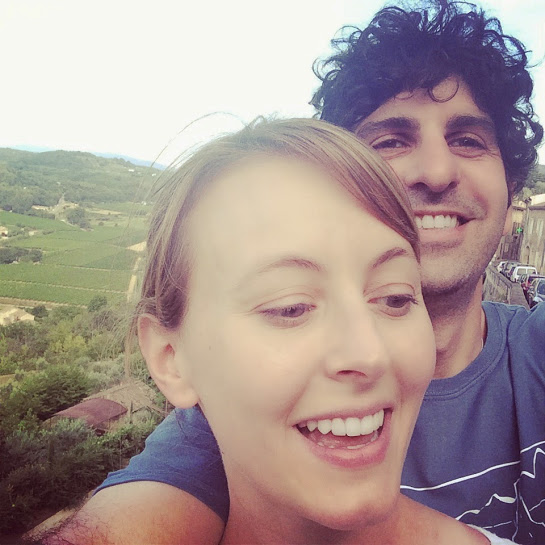 Amy was coerced into going out with her friends for a little karaoke. For some unknown reason, she found herself attracted to an unemployed, fully-bearded, mountain man. On their first date, Oren invited Amy and some other guy to Bite of Seattle.

Oren had just quit his job at UW and was spending some time with his friends in Hood River learning how to kiteboard (or, drifting down the Columbia River for hours tangled in his kite). On the very day he accepted a new job in San Francisco, he decided to join some friends at the Little Red Hen where he met Amy. On their first date, Oren impressed Amy with a picnic at Shakespeare in the Park.

Frank was rescued from Azaya Ranch Sanctuary in the Bay Area and has become part of our family. We have no idea what he went through before we found him, but it's been nothing but sleeping and eating since.